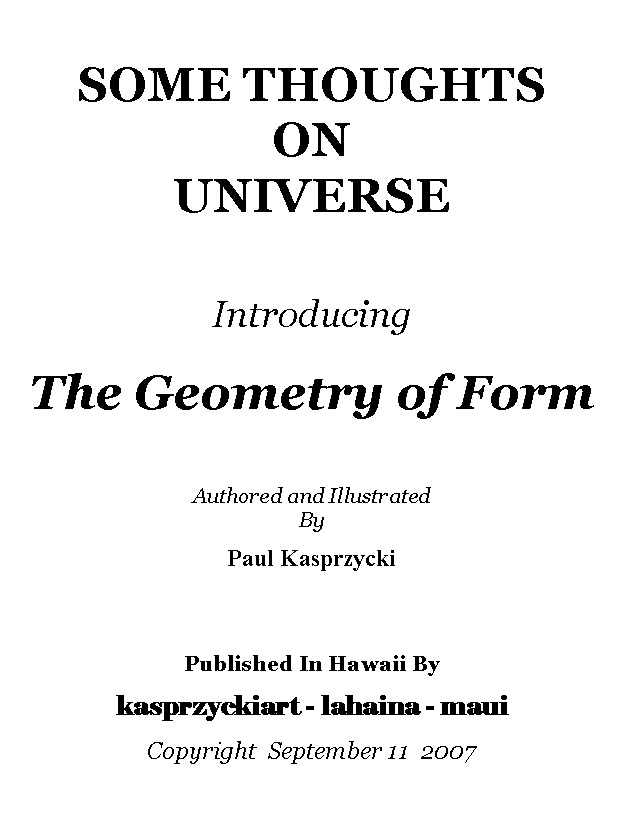 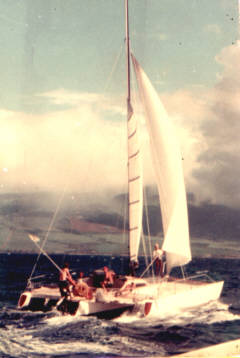 The seed for this present volume was sown in 1974 when I set sail for parts unknown in my thirty-five foot sailboat named godot. It became my home, my world actually, for the next ten years. Much of that period was spent at sea, cruising and voyaging far offshore and across great expanses of open ocean for weeks at a time. Back then there were no GPSs and the like, so being a competent celestial navigator was an essential skill for any serious seaman. The brightest stars and the wandering planets rapidly became my closest friends, and the blackness pervading the depths of space the constant wonder of my amazement. At night, far out at sea in a small boat, the view of the heavens above is truly something to behold. And it was these night watches on godot, sailing blindly in the dark, most often alone hour after hour that first led me to consider how it all came to be. For better or worse, this quest has dominated my thoughts, and my life, ever since.

Its only natural that if one seriously thinks about something for a long enough time, and invests considerable study into the subject, at some point one will reach some kind of “opinion” on that subject. It may be right or wrong, but it’s hard not to at least form an opinion. A lot depends on the subject and its complexity as to whether “proof” exists or is even really possible to find. Such is the case in so much as “cosmology”, or the study of the creation of the universe is concerned.

Over the years I have come to my own conclusions regarding the birth of our present universe. I believe this view is plausible, if not more plausible than those cosmologies presently taught in most universities. After all, even these must reflect our social paradigms inculcated deep within our psyches such as derive from religious, political, and other such “beliefs”. We must assume this since historically the powers-that-be would not allow heresies to be taught. Renegade thoughts are rarely tolerated. Instead, in many cases we get “agreed-upon-truths” rather than the real story because to do otherwise would turn their social paradigm upside-down.

The present study of history, as taught in western universities, is a clear example of what is meant here. Students of ancient history (which was my field of study at the University of Southern California where I was graduated magna cum laude and phi beta kappa in 1969. I’ve made my living as a carpenter/artist ever since) are taught that the “wheel” was unknown to mankind for at least two thousand years after the construction of the great pyramid. Not only is there no real evidence in support of this conclusion, but it is contrary to the logical evolution of engineering and building skills both of which disciplines stood without equal in the great pyramid until relatively recent times. Many of the other archeological edifices across the globe, like the pyramid, evidence a previous technologically advanced civilization in decline rather than the proscribed view of a single progressive lineal ascent of man. For reasons beyond the scope of this manuscript, those powers-that-be want us to believe history as an upward sloping open ended line, rather than a circle of similarly repetitive cycles.

The same can be said about the modern UFO phenomena. Our government (USA) for all practical purposes denies their existence. In 1979 I saw four of these craft of unknown origin in broad daylight along with hundreds of other people. They cruised over our boats anchored in Hanalei Bay on the island of Kauai in the late afternoon of September 30th. One after another flew over our mastheads traveling no more than twenty five miles an hour and at an altitude of no more than four to five hundred feet. They were in formation and separated by about a minute’s time. My life’s view of our reality, and my life itself was forever changed from that moment forth. Yet, still to this day the powers-that-be (through our government and its control of education and the media) refuse to incorporate or even recognize these phenomena and instead go to great lengths to ignore, cover-up, and deny reality. Again, they choose to keep us in the official dark.

Another event which happened exactly six years ago also changed my life and my life’s view forever thereafter. The official paradigm that nineteen middle-eastern “terrorists”, with only a rudimentary knowledge of flight, defeated the most powerful Air Defense System in the history of mankind in the attacks of September 11, 2001 is simply a monstrous lie! Mountains of irrefutable evidence show unequivocally that the Bush/Chaney cabal planned and orchestrated the events of that day. But the media, which is all controlled by those who ultimately benefit in this “new world order” have denied you any chance of learning the truth and instead are themselves accomplices in obscenely adulterating our historical record. Since then, I’ve divided my time between helping to expose this conspiracy and pressing forward with exposing my own Geometry of Form. Certainly it is far more important (for the sake of everyone in this world) to reverse the attack on our liberty and freedom in the name of 911 by those very murderers posing as our protectors and saviors than it is for me to complete what has become my life’s work. It is because of this issue’s importance and its continual affect on competing with my geometric work that I even mention it here. Everyone deserves to know the truth. To this end I dedicate this initial “September 11th edition” of Excerpts (24 copies).

Why they are denying and rewriting reality is not a subject of this book. But that they have and do, and that it extends to the sciences in many ways as well is important to be aware. The cosmological theory of “inflation” (with respect to the red shift in the light spectrum proving the outward expansion of the universe) is one such notion based on an agreed-interpretation which is necessary to shore-up a previously agreed upon view (more is said about inflation in a later chapter). To do otherwise throws their social paradigm into chaos. So to does any incorporation of “spirit” into real science . . . so by ignoring it, spirit is treated by science as if it doesn’t really exist, or at best, that it is simply a resulting product of certain combinations of matter. The first essay, “The Mystery of The Number Symbols”, and the last essay, “What is Endlish”, have been included here in honor of “spirit” as well as an exercise for the reader to be more receptive to looking at old familiar notions in new and unconventional ways.

Right or wrong, it was this cosmology resulting from “Some Thoughts On Universe” that led me into the simple mathematical musings which I have come to call “The Geometry of Form”. And unlike my own cosmology, and those of all others, which cannot in all probability be “proven”, the mathematics and geometry presented in the following chapters can be simply verified using no more than a proficiency in high school level mathematics. Most of the principles and relationships presented herein are to the best of my knowledge unknown, or at the very least not widely known. That they are important for a more complete understanding of Geometry itself I have no doubt. Moreover, I suspect this geometric view has had a major influence on how the material universe is composed and proportioned.

As the title of this compilation implies Excerpts is not “Some Thoughts On Universe” or “The Geometry of Form” but a hybrid sampling from each. This manuscript represents but the tip of the (proverbial) iceberg. After nearly thirty years of struggling to do serious creative research on a laborer’s income, and having at least once in recent years been “knocking on heaven’s door”, I feel it is time now to at least try and make some of this research public before it is completely lost. It is my hope that Excerpts will be followed by further more complete editions of both “The Geometry of Form” and the “Thoughts on Universe” from which it was spawned.

TABLE OF CONTENTS    BACK TO INTRODUCTION   HOME